Skip to content
BUILDING AVAILABILITY
Flexible office, ready to be customised to suit your company’s brand, culture, and identity.
Your business can make its new home in this authentic commercial building, re-imagined for modern working requirements. Brick facades, attractive original window detailing and parquet wood floors, preserve its nature with a modern twist. Click on the links below for details of current availability.
Enquire today
THE BUILDING
Own private space
Beautifully refurbished to a high design specification
Offices fitted out to compliment the building’s historic architectural style and details
Furniture Fit Out
Create your customised office to fit your companies brand and culture
Our team will help you take the stress out of designing your office so you can enjoy it
Short Simple Lease
Simple short-form lease at an all-inclusive monthly price
Our simplified lease contract will save you time and costs
Discreet Personalised Service
We provide exceptional service from setting up, to running the day-to-day
Our range of service options allows you to choose the level of support your business requires
Building amenities
Our funky and spacious offices will allow you to feel more comfortable
Our building’s amenities are designed to make working convenient and rewarding
Technology
Superfast internet, App based door access and optional IT support
Technology services tailored to support whatever your business needs
BUILDING LOCATION
Smithfield market: established by Act of Parliament in 1860, Smithfield market is the authentic heart of Clerkenwell.
With its bustling meat market, pubs licenced from 06:30am on weekdays to quench the thirst of night shift workers or Fabric revellers and its grand and colourful Victorian architecture. The market will soon evolve yet again into a keystone of London’s new “cultural mile” and the Museum of London.
BUILDING LOCATION
Leather Lane market originally developed over 400 years ago as a result of a gambling debt owed by King Charles II.
He lost £500 on two horses. The market’s name derives from a local merchant Le Vrunelane. After many other derivatives it changed from Lovrelane, to Liver Lane then to the current Leather Lane.  Originally located in the heart of an area known as “Little Italy” it was home to skilled craftsman working as artists decorators and instrument makers. Now famed for its thriving street scene, small restaurants and market. If you would like to help Charles II to pay back a part of his debt or if you simply wish to enjoy a leisurely stroll before your next meeting, Leather Lane is the place to visit.
BUILDING LOCATION
Exmouth market: located in the historical neighbourhood of Clerkenwell, Exmouth Market was named after Viscount Exmouth.
Given his title for a raid on Algiers in 1816 which resulted in the release of British hostages and all slaves held in the city. The market started life in the 1890’s and underwent a revival in the 1990’s. Today, from Monday to Friday, this vibrant street market is a fantastic place to discover a diverse array of independent shops, restaurants and food stalls. Your daily lunch at Exmouth market will never taste the same.
BUILDING LOCATION
St John’s Street takes its name from the nearby 12th century Hospital of St John of Jerusalem and Priory Church.
The Church is under the Order of St John and still hosts fundraisers to support St John’s Ambulance. The church suffered significant damage in WWII but the crypt retains a large percentage of its original structure and integrity. The churchyard is a calm and peaceful place, where you can meditate, enjoy the bird song and rest during your lunch break.
BUILDING LOCATION
Barbican center: Prior to WWII the area around the Barbican was known as Cripplegate, the centre of the rag trade in London, home to many fabric merchants, tailoring and dressmaking businesses.
Then on 29th December 1940, the neighbourhood was devastated by a large Luftwaffe raid. After the war, the governing body of the city rebuilt this commercial area in its famous “brutalist” architectural style. In 1982 the Barbican centre was launched by Queen Elizabeth, who proclaimed it “one of the modern wonders of the world”. Nowadays, the Barbican centre is a superb venue show casing a diverse range of performances including music concerts, theatre, comedy, film screenings and art exhibitions. 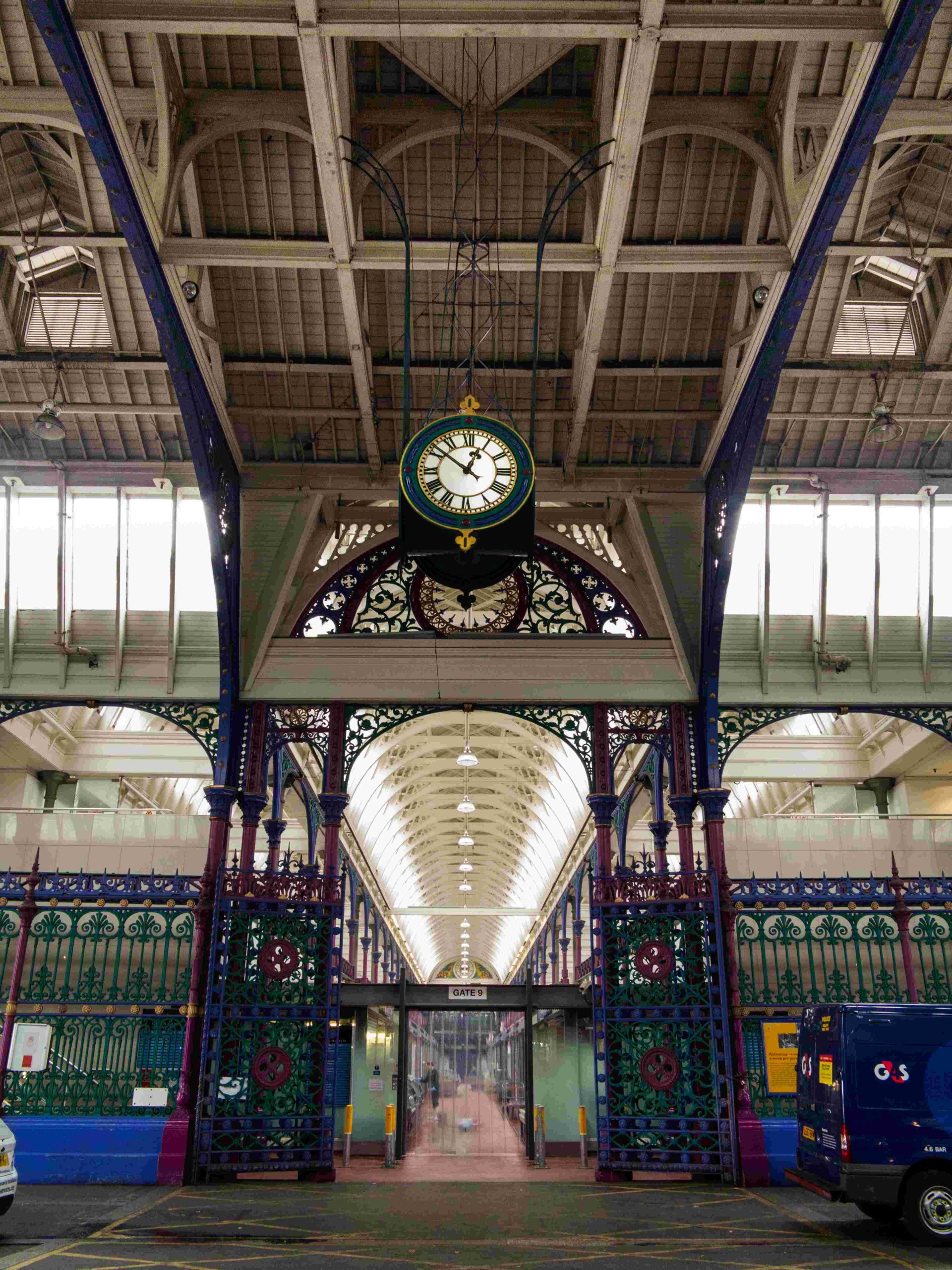 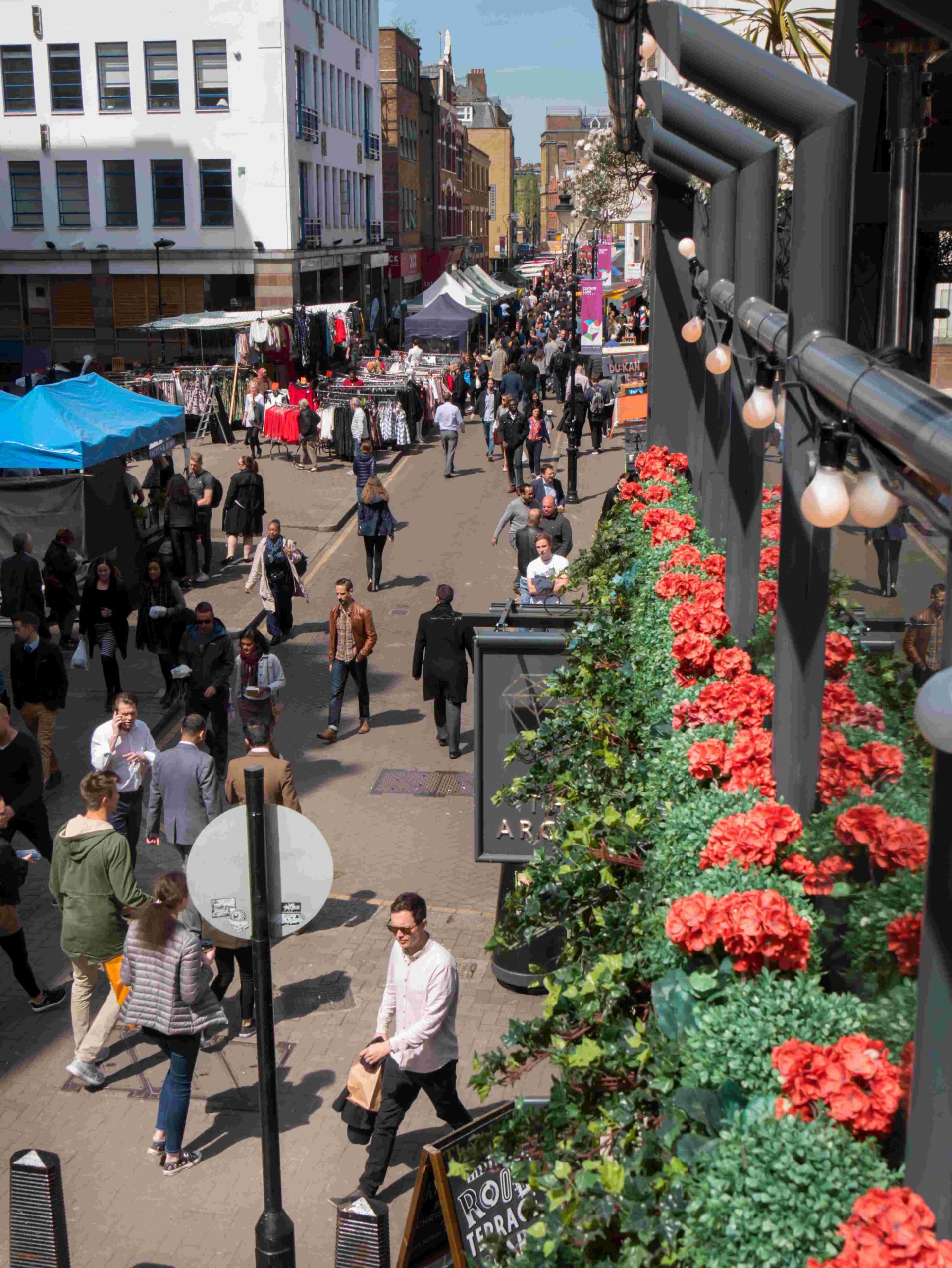 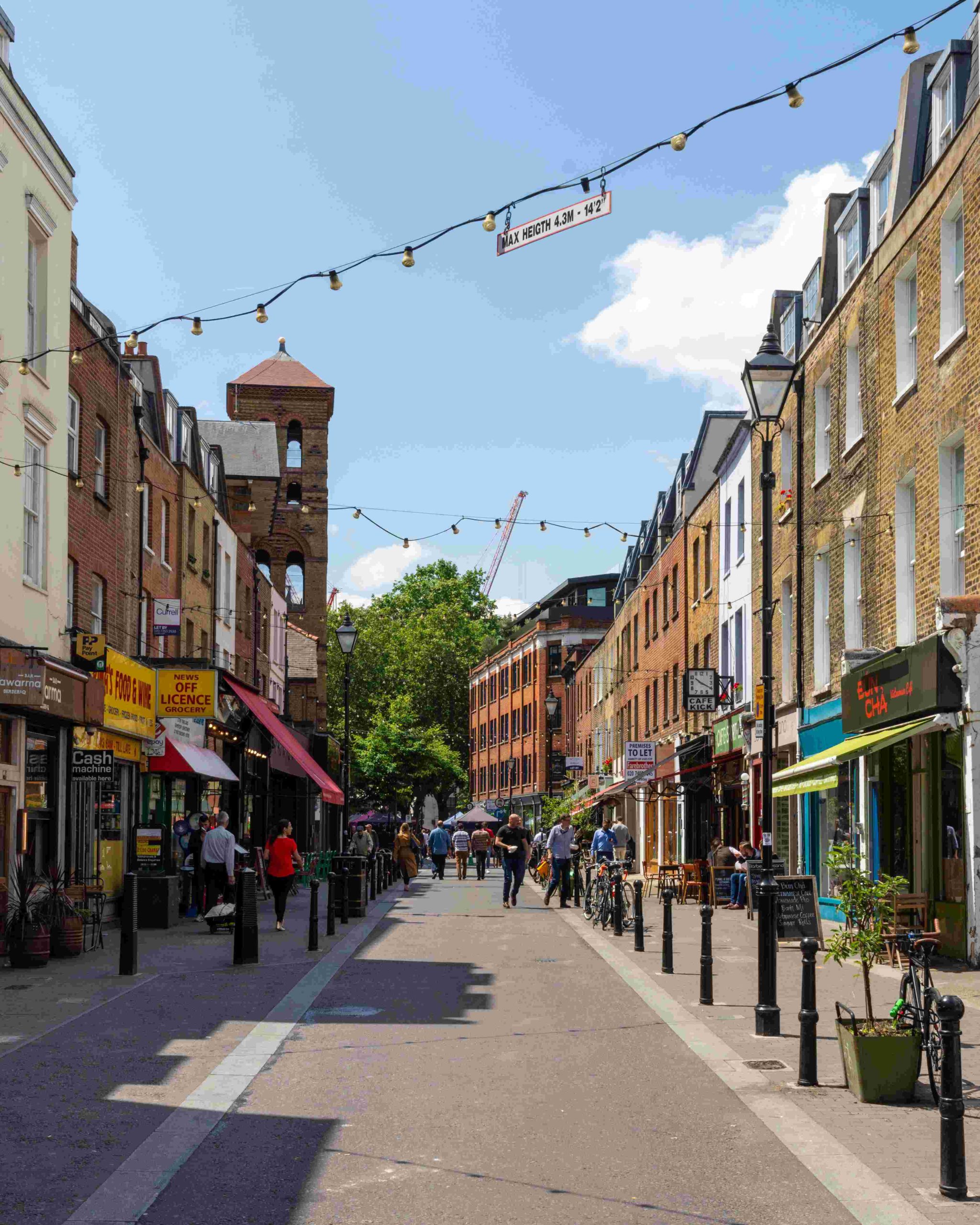 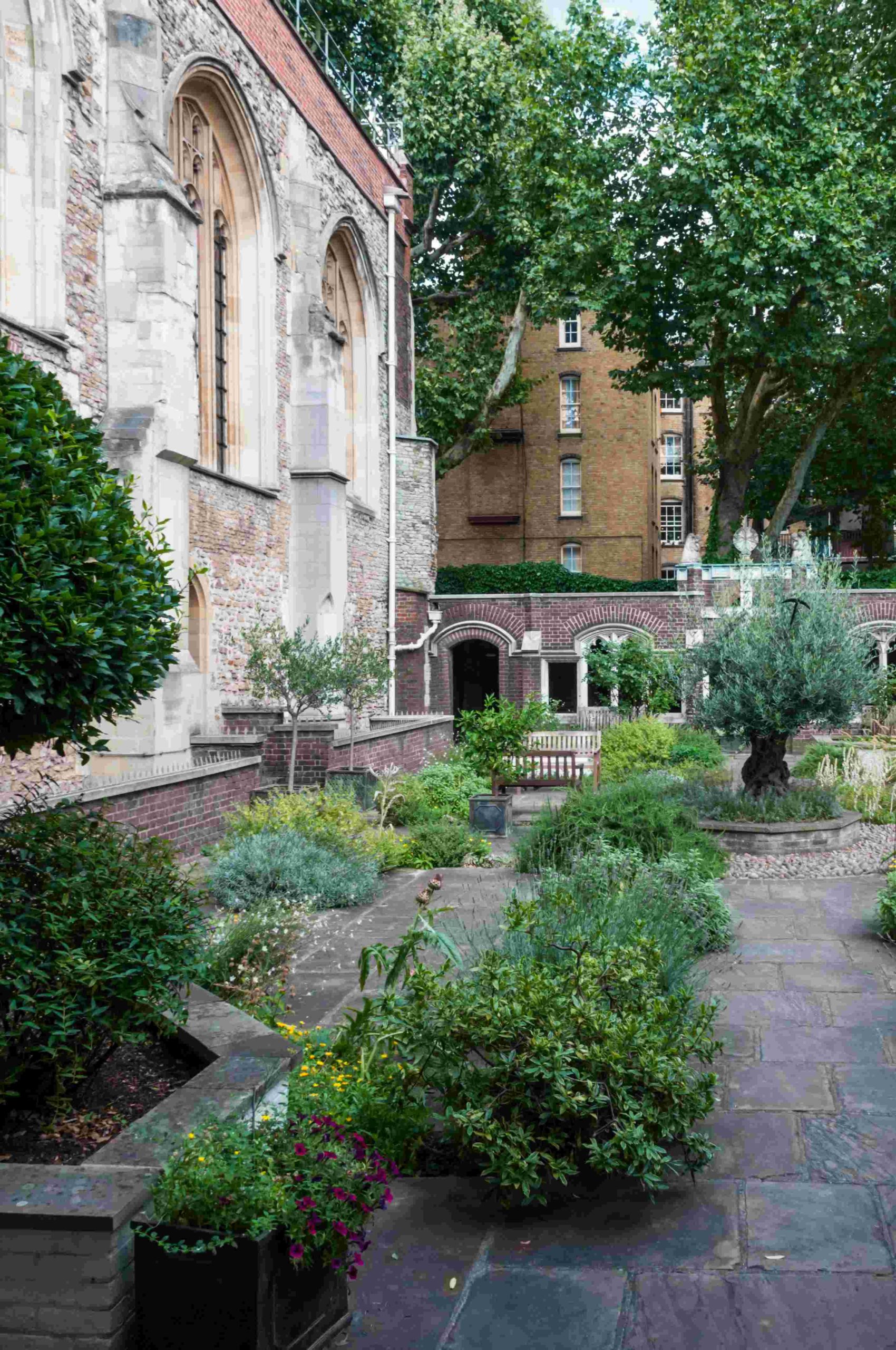 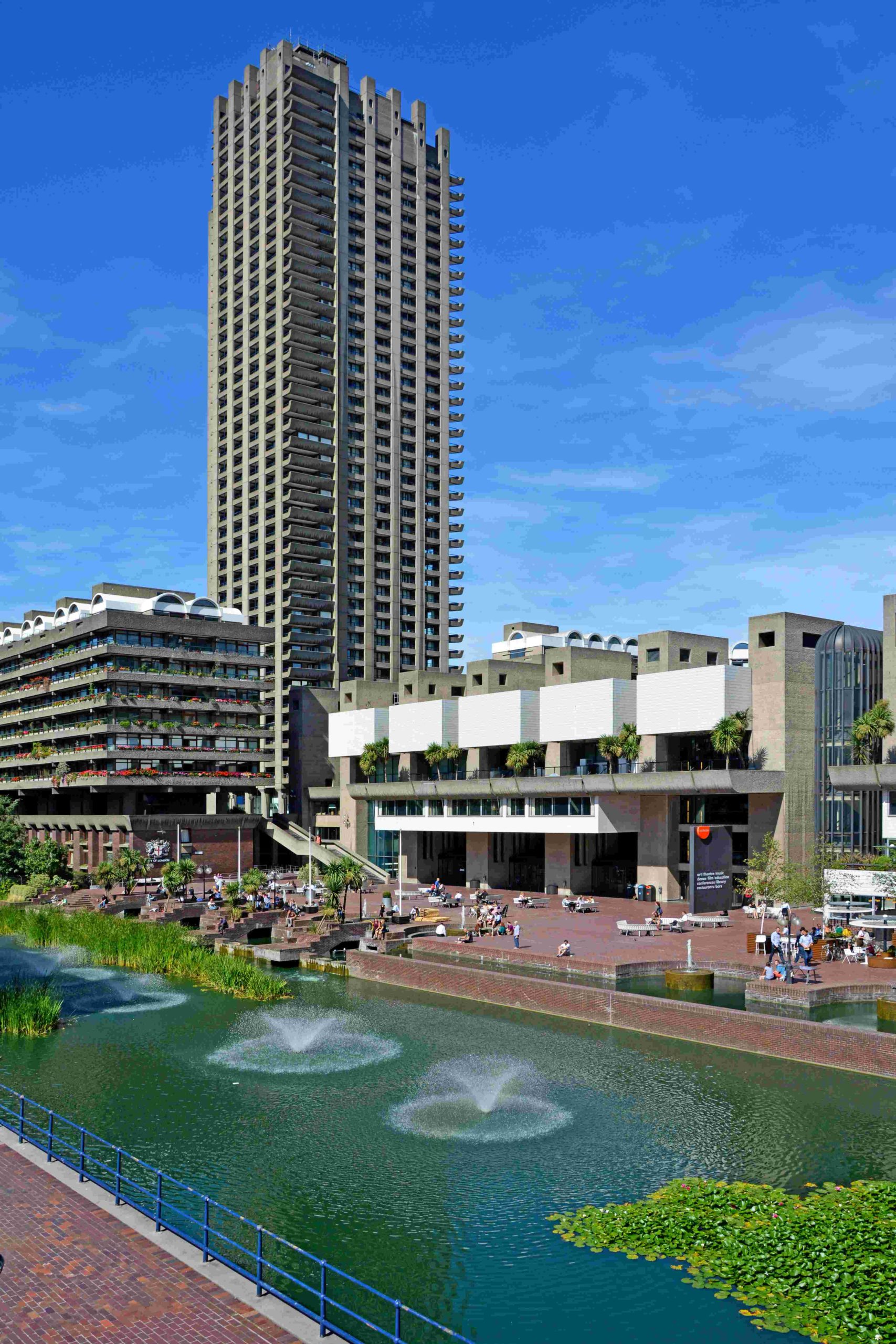 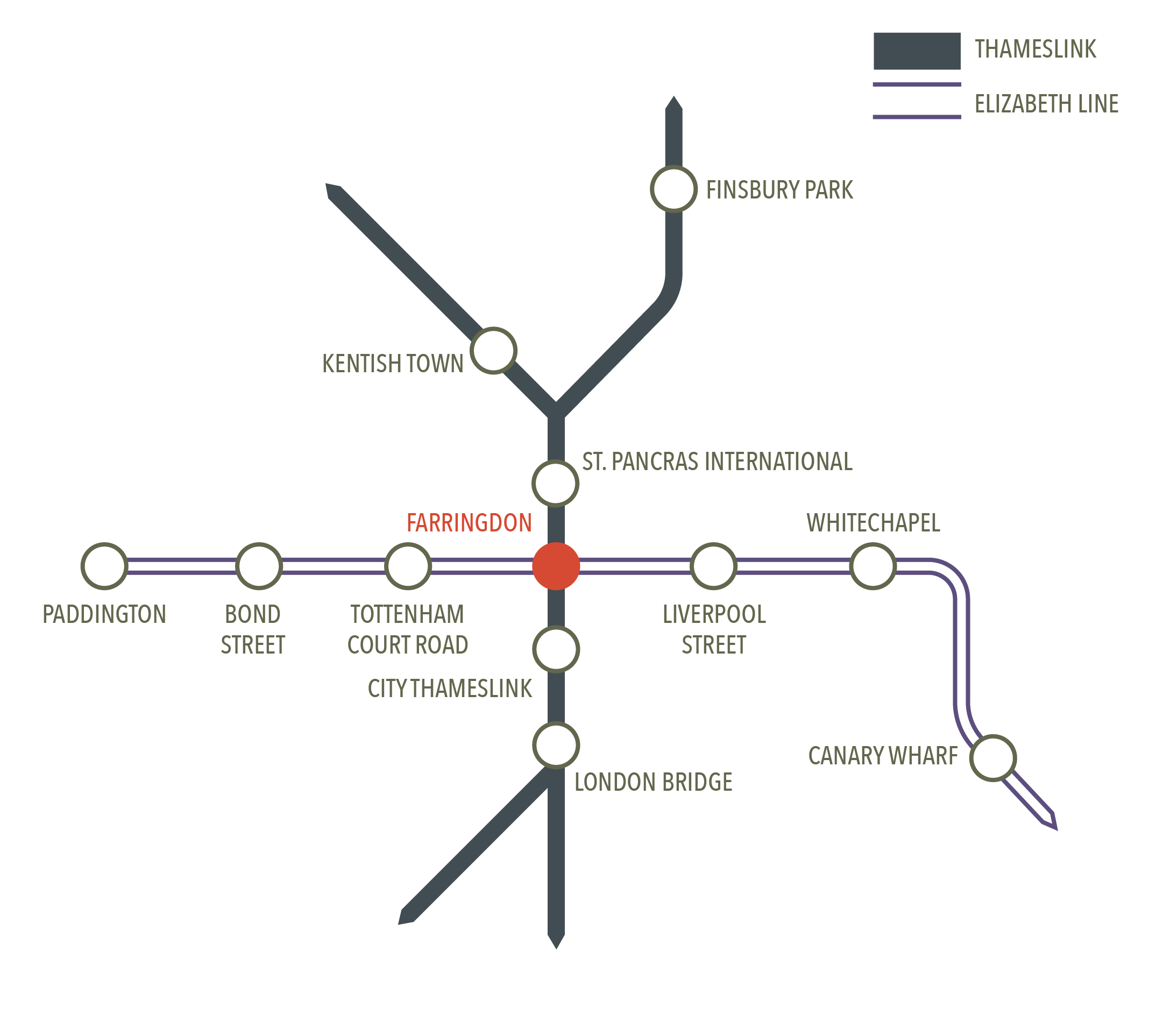